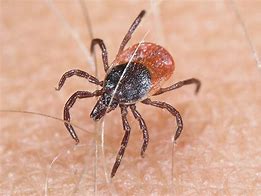 According to the a CDC* (Center for Disease Control) report released May 2018 the number of Tick borne illnesses have tripled in the last 10 years. The greatest increases have been in NY, NJ and PA (69,313, 51,578 and 73,610 cases respectively) . With those numbers on the rise, until there is a way to cut down on the tick population the number of lyme cases will increase.

Lyme disease is a bacterial infection caused by a spirochete that is transmitted to humans by a tick bite. This is usually followed by a bull’s eye rash and erythema migrans, with many other flu like symptoms such as painful joints and muscles, headaches, fatigue, swollen glands, sore throat, fever, mental ‘fog’ and many more.

If left untreated it can become a severely debilitating disease affecting both neurological, immune and motor abilities. It is recommended that antibiotic therapy be used in conjunction with hyperbaric oxygen and has shown great response, allowing many patients tolive more productive lives.

Recommended treatment is a 60 minute treatment twice a day, five days a
week followed by a two day rest – for a series of 30-60 treatments. Patients develop a Jarisch-Herxheimer reaction usually within the first week of treatment which is the Lyme bacteria die-off.