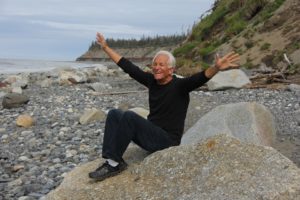 Approximately 1 billion people, of all ages, are currently affected by neurological disorders, with an estimated 6.8 million deaths that occur every year world-wide. This staggering statistical evidence illustrates the substantial impact of neurological disorders throughout the world. New evidence presents how hyperbaric oxygen therapy (HBOT) is helping individuals regain neurological activity and functionality. For neurodevelopmental and neurodegenerative disorders, in addition to neurological injuries, HBOT provides the brain with increased levels of oxygen to help recover/repair brain tissue, proliferate the creation of new brain cells and improve cognitive functioning. Clinical studies have demonstrated the benefits of HBOT for neurological conditions with the following:

5.0
Based on 22 reviews
See all reviewsWrite a review

4.5
Based on 6 reviews
See all reviewsWrite a review
Nina G.
Dr. Harrison is a... special kind of doctor, one who really cares about the well being of his patients and tells the truth without pulling any punches. So glad we found him after my partner was discharged from hospital and rehab with gaping wounds on his legs. Thanks for everything!read more
olga C.
Dr Harrison was... absolutely amazing. The professionalism is beyond words. The staff was always friendly and helpful. They made me feel like family. Last but not least, so happy with my results. Thank you all🙏read more
Ash U.
They have been doing an... excellent job treating my friend. If only there were more places like thisread more
Kaatsbaan D.
Jordan B.
My friend and bandmate... went there and have heard nothing but good things. Thank you to the Doctors and staff there for their helpfulness and professionalism during a difficult time.read more
SUPER S.
I couldn't ask for... better people to be working with. Every single human being inside has proven themselves to be compassionate AND intelligent beyond what I am used to!read more
Jacqueline C.
Mike and Liz are the... best! They don't make it feel like a medical visit at all! They are super considerate to your needs and are very accommodating. They're also super fun.Chambers are roomy and comfortable. Highly recommend!read more
DENNIS T F.
I want to publicly thank... the whole staff of North Shore Hyperbarics for their care over the last 2 months. I am a diabetic and I came to them with a significant wound on the lower part of my leg. The entire staff is warm and welcoming and made the experience as comfortable as possible. Most importantly, my leg is healed!!!Dr. Harrison was there for every one of my therapy sessions to look at and wrap my wound. It was very comforting to hear him tell me how my leg was doing each and every day. He will tell you exactly how it is and everything he told me was 100% as it happened. Thank you Dr . Harrison. Lastly, I always enjoyed our discussions.The staff in the hyperbaric room were always as nice as they could be. They were kind, funny and incredibly accommodating. I can not thank them enough for their help and care. All five of you made my time there very enjoyable. You are simply the best!!! I will miss you all!!! Thank you!!!Lisa who handled my scheduling and insurance questions was awesome. Personable and accommodating to all my requests, questions and last second changes. You couldn’t have been nicer. Thank you!!!I certainly hope I never have to go back to this facility for treatment for a wound, but if I do happen to need care again I will not hesitate to return to this wonderful place and awesome people.Thank you all once again!!!Dennis Fanningread more
Kathy M.
Arriving yesterday at... North Shore Health and Hyperbarics I was greeted as usual, like family. I consider myself an experienced hyperbaric patient as I have been here over 50 times since the summer of 2018. I come here after my immunotherapy IV treatments with Dr Stoff to enhance the absorption of my IVs and enjoy all the positive effects of breathing 100% oxygen. My first visit I was feeble, weak and hardly able to breath. I could only walk a short distance and when going up the stairs I had to take a rest. I couldn't carry anything and my once strong legs couldn't move the pedal on our life cycle machine. I was in rapid decline after a Pet scan revealed metastatic cancer had traveled from my breast to my liver. Over 50 to 60% of my liver was said to be necrotic ( Dead) or cancerous. The oncologist whom I went to so my insurance would cover my pet scan said I may only have 3 weeks to live. I am happy to report that 12 months later I have gone from a "metastatic mess" with critically abnormal lab values to lab values that are constantly improving and many are now within normal range. My body had become unrecognizable to me. I was skin and bones with a distended stomach that made me look pregnant. Currently I am feeling strong and my muscle tone is coming back. In March I was skiing at Mount Snow! I am so grateful to God, by Jesus stripes I am healed, to Dr. Harrison, Marcello, Lisa, Liz, Mike, Suzanne and Doug. Words can only briefly describe my gratitude. I believe my experience here has been a factor in regaining my health and saving my life from stage 4 liver cancer.read more
David K.
Such an amazing and... helpful staff. Everyone there is so friendly which makes it a very comfortable experience. Having a surgeon on hand really makes a huge difference in the recovery. Just over 20 visits did the trick. Thank you so much for everything!read more
David K.
Such an amazing and... helpful staff. Everyone there is so friendly which makes it a very comfortable experience. Having a surgeon on hand really makes a huge...read more
David K.
Such an amazing and... helpful staff. Everyone there is so friendly which makes it a very comfortable experience. Having a surgeon on hand really makes a huge...read more
Tina G.
Very friendly staff and... caring doctors. They want the best for there patients and they make that clear. Best part is that they are always on time.read more
Isaac R.
Very professional,... friendly and accommodating staff. Great facilities with new, clean equipment. Easy parking as well.read more
Ash S.
Honestly I haven't even... visited their office yet but just got off the phone with the doc who was super friendly & patient. I called on a Friday at 4pm and...read more

Joanne Garnett has harrowing memories of that life-changing day back in 1981. She was a… [...]

What causes some people to develop chronic diseases such as rheumatoid arthritis, cancer and metabolic… [...]