One of the most common condition treated with Hyperbaric Medicine is 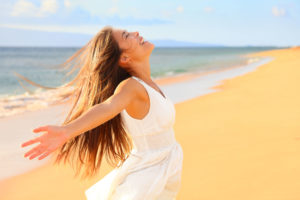 tissue injury caused by radiation therapy for cancer of the head and neck. Wound healing requires oxygen delivery to the injured tissues. Radiation damaged tissue has lost blood supply and is oxygen deprived.
Chronic radiation complications result from scarring and narrowing of the blood vessels within the area which has received the treatment.
Patients with head and neck cancer may have been treated with radiotherapy that has damaged the jawbone and adjacent tissues. These conditions typically involve local tissue ischemia and infection.

When bone is injured the diagnosis is called osteoradionecrosis. When muscle or skin is injured the condition is called soft tissue radionecrosis. Similar radiation damage can occur elsewhere in the body whenever radiotherapy has been employed to fight cancer. Radiation to the urinary bladder frequently causes persistent bleeding and is called hemorrhagic cystitis. Hyperbaric Oxygen Therapy provides a better healing environment and leads to the growth of new blood vessels in a process called revascularization. It also fights infection by direct bacteriocidal effects. Hyperbaric oxygen therapy has had some of its most dramatic successes in treating or preventing damage to the jaw as a result of radiation treatment.
It has also been applied to treat radiation injury to other areas of the body, including the bladder, bowel, brain and chest.
Using hyperbaric treatment protocols, most patients with these chronic radiation injuries can be cured.