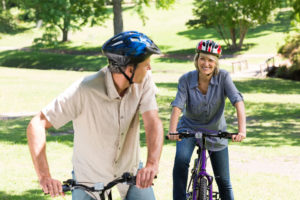 Why HBOT for brain injuries? Why NOT HBOT for brain injuries? HBOT has been used for nearly 50 years for new and old wounds in the body regardless of the location in the body. New wounds such as “flesh eating bacteria” infections or wounds whether they are on the torso, leg, groin, or neck, gas gangrene from war wounds in the same locations, crush injuries and blast injuries from explosions regardless of location, and burns to any part of the body are all treated with HBOT. Similarly, old wounds caused by infection to any of the bones in the body, diabetic foot wounds and other long-term ulcers of the feet, and old radiation wounds in the jaw, neck, chest, abdomen, or anywhere else in the body are responsive to HBOT. In addition, “the bends” of the brain, abscesses in the brain, air that gets in blood vessels and travels to the brain (air embolism), and carbon monoxide poisoning of the brain are HBOT-treatable diagnoses. Interestingly, almost all of these are paid for by insurance, Medicare, and Medicaid.

So, if HBOT works for acute brain conditions such as “the bends of the brain”, brain abscess, air embolism, and carbon monoxide poisoning of the brain, and all of the applications for old wounds listed above, why wouldn’t it work for a variety of other brain injuries, new or old? The fact is, it does, and doctors and patients are just coming to this understanding. For nearly 100 years doctors have been taught and lay people have been told that there is nothing that can be done for a brain injury except the passage of time. Furthermore, we have been led to believe that after an injury brain cells are either alive and functioning, or dead and not functioning. There was supposedly no middle ground…until now. In the past 10 years it has become obvious that brain cells are more like all of the other cells in the body than they are different. And they respond to injury in the same way. They can exist for years in low blood flow states like other blood cells in the body only to be reactivated with the right stimulus such as HBOT.

Once there is the realization that all cells in the body are similar, respond similarly to injury, and similarly to HBOT it is very easy to see how brain injuries respond to HBOT. This was the thinking that Dr. Richard Neubauer applied to chronic stroke and multiple sclerosis patients in 1978 and Drs. Harch and Van Meter to divers and boxers in the late 1980s. After these examples it was an easy extension to trauma, cerebral palsy, and autism, three of the most HBOT-treatable diagnoses today.

HBOT for Traumatic Brain Injury (TBI)
The brain is similar to a large spear of broccoli. The broccoli fronds are like the outer part of the brain, the cortex or grey matter, where the brain cells exist and the spear or stalk is like the connecting tracts in the center of the brain. These tracts are also known as the white matter. Trauma causes an injury to the brain that is mechanistically identical to shaking the broccoli by its stalk. The shaking causes a mechanical disruption of the connecting tracts between brain cells. These tracts are similar to the cable that carries our cable television and broadband. Once disrupted cells can’t communicate between themselves and some of the cables die back to the cells which then die. Each cable that is lost causes a loss of neurological function and thinking. In addition, each little site of disruption of cable or blood vessels is a wound in the brain that starts the inflammatory reaction. It is also associated with swelling, just like a swollen ankle or a bruise on the arm. As swelling occurs the swelling fluid compresses the small blood vessels in the area leading to low blood flow and low oxygen. Nearby cells then are further injured and live in a dormant state, or die. This is known as the “vicious cycle” of traumatic brain injury. The net result is loss of neurological function and symptoms such as headache, confusion, problems with memory, attention, concentration, sleep disturbance, irritability, etc.

How HBOT Works For Traumatic Brain Injury
HBOT has been shown to decrease swelling, repair the metabolic injury to the cell and cable, and stop the inflammation in acute brain injuries with just a few treatments in the first 72 hours after injury. It is the only drug known to break the vicious cycle. Once the vicious cycle is broken neurological function is restored and patients survive. This is what has been shown in multiple scientific studies beginning in the 1970s in Germany.

If HBOT is not used early on in traumatic injury the injury “matures” as inflammation runs its course. Since inflammation is “stereotypic” or identical regardless of where in the body it occurs the inflammatory reaction is like playing a videotape or DVD. It is the same process, the same story every time, everywhere. The net result is nearly identical chronic wounds by the time the wound is 6 months to 1 year old. At this point, the wound resembles any other wound in the body that HBOT has been shown to treat. It’s just that it is in the brain. This is what Dr. Harch showed in the 1990s and beyond, and what Dr. Neubauer also showed at the same time, treating a vast range of brain injuries. Eventually, this experience in humans with chronic brain injuries was duplicated in an animal model that was published by Dr. Harch in October 2007 (Brain Research, 2007; 1174:120-9). It is the first demonstration in the history of science of improvement of chronic brain injury in animals. And, it was done using the original protocol of HBOT Dr. Harch developed in 1990. Today, variations on this protocol are being applied to chronic brain injury worldwide with reproducible results.

HBOT for Our Wounded Soldiers
The latest and most high profile application in chronic brain injury is to chronic traumatic brain injury in U.S. servicemen returning from Iraq and Afghanistan. The first serviceman to receive the healing, reparative effects of HBOT for chronic TBI was an army general who was injured by an IED in Afghanistan. For over a year he was treated at Walter Reed without success until cognitive therapy and HBOT were administered, whereupon he made a dramatic cognitive improvement. More importantly, he was now able to return to work. He is a judge in Florida. This experience and another patient of Dr. Harch’s are serving as the case examples of HBOT success in chronic TBI for the military. A request is currently before congress for an appropriation of $10 million to do a formal study on chronic TBI in military veterans. Hopefully, this will come to pass in the next year.