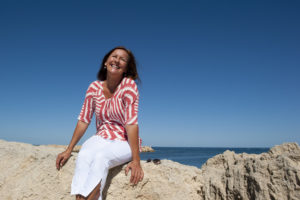 A chronic wound is a disruption in the body’s tissue that is most commonly associated with the loss of skin and the underlying tissue, the loss of muscle, or the loss of bone. When there is a lack of oxygen it makes it difficult for the wound to heal. Hyperbaric Oxygen therapy (HBOT) makes it easier to see what tissues may need to be removed, lessens the chance of infection, promotes growth of new tissue and encourages bone repair.

Wound healing is a complicated process. Many different steps need to take place in order for a complete healing process to occur. Whether the wound is hypoxic or ischemic such as diabetic wounds, venous stasis ulcers, failing grafts or flaps, necrotizing soft tissue infections or refractory osteomyelitis, two basic staples are needed for healing – sufficient oxygen supply and perfusion of oxygen to the affected tissues. Increased oxygen tension is a major controlling factor in killing bacteria, resistance to infection, collagen production, new blood vessel growth, and new skin generation. In wounds with low oxygen levels, some or all of these processes are impaired. Hyperbaric oxygen therapy delivers 15 times more oxygen than breathing normal room air. HBOT helps in the healing process by stimulating the cells which create new blood vessel (capillary) growth. These new vessels are created in the wound area, allowing for nutrient enriched blood to reach the area of the body which requires healing.

Angiogenesis, or new blood vessel growth, generally occurs around the 20th HBOT treatment. Increased oxygen is also needed in the creation of collagen and new skin growth, which are both necessary in the healing process. In the outer areas of a wound, oxygen levels are decreased. The lack of oxygen makes these areas prime targets for bacterial growth.

By increasing oxygen levels, bacteria are killed off and the body is able to stave off infection. Hyperbaric oxygen therapy helps in the recovery of oxygen-compromised wounds. The therapy helps revive cells in viable tissue, allowing for a more complete healing of the affected area.

Every year, 1.9% of patients with diabetes develop diabeic ulcers of the foot. Of those, 15% to 20% undergo an amputation within 5 years of diabetic ulcer onset. During their lifetimes, an estimated 25% of diabetic patients develop a foot ulcer. This article discusses use of hyperbaric oxygen therapy (HBOT) in treating diabetic ulcers of the foot, presenting several case studies.
Hyperbaric Oxygen Therapy involves intermittent administration of 100% oxygen inhaled at a pressure greater than sea level. It may be given in a:
• multi-place chamber (used to treat multiple patients at the same time), compressed to depth by air as the patient breathes 100% oxygen through a face mask or hood
• monoplace chamber (used to treat a single patient), compressed to depth with oxygen. Patients breathe 100% oxygen in the chamber itself. Depending on the treatment depth, patients may wear a mask for medical air breaks for short periods.

The Undersea and Hyperbaric Medical Society recommends Hyperbaric Oxygen Therapy for adjunctive treatment of selected problematic wounds, including sufficiently perfused lower-extremity diabetic ulcers. Eligibility guidelines from the Centers for Medicare & Medicaid Services state that patients must have type 1 or 2 diabetes with a lower-extremity ulcer caused by diabetes and classified as a Wagner grade 3 or higher; also, the patient must have failed an adequate course of wound therapy. (See Wagner ulcer classification system by clicking the PDF icon above.)
Contraindications

Hyperbaric Oxygen Therapy is one of the most benign treatments in health care. Nonetheless, it can cause adverse effects. The most common one is ear barotrauma, which occurs when the eustachian tubes close during pressurization, causing increased pressure against the tympanic membrane. Barotrauma effects may vary from tympanic membrane damage to eardrum rupture. Barotrauma damage is classified on the Teed Scale and ranges from grade 0 (no damage) to grade 5 (deep black or blue appearance of the entire ear drum and/or rupture). You can access photos and descriptions for the Teed Scale at www.docstoc.com/docs/68825188/TEED-SCALE-DESCRIPTIONS.
Other possible adverse effects include sinus squeeze, tooth squeeze if the patient has an air space under a filling, transient myopia, claustrophobia, oxygen toxicity and, rarely, seizures. In diabetic patients, Hyperbaric Oxygen Therapy has a hypoglycemic effect, reducing blood glucose levels an average of 50 mg/dL during treatment. Caregivers must check the patient’s blood glucose level before and after each treatment and postpone treatment if the pretreatment blood glucose level is 100 mg/dL or lower. Patient considerations related to Hyperbaric Oxygen Therapy center on safety concerns and patient education.

The case studies below highlight the value of Hyperbaric Oxygen Therapy in treating diabetic foot ulcers.

This 53-year-old male was referred for treatment of a nonhealing diabetic ulcer of the right foot after fifth ray resection for osteomyelitis and abscess formation in a Wagner grade 4 ulcer. Comorbidities included diabetes mellitus type 2, chronic obstructive pulmonary disease, methicillin-resistant Staphylococcus aureus (MRSA), pedal edema, neuropathy, and stroke. Also, the patient was a smoker. The ulcer measured 6.2 cm × 4.6 cm, with a depth of 0.7 cm. Tcpo2 measurement showed a baseline of 56 mm Hg, increased to 187 mm Hg during the oxygen challenge, indicating the potential for a response to Hyperbaric Oxygen Therapy. Over 52 days, the patient received 26 HBOT treatments and three debridements, resulting in 100% wound closure.

This 79-year-old male had type 2 diabetes mellitus with a Wagner grade 3 diabetic ulcer of the left dorsal great toe. He’d had ulcers in the same toe 1 year and 2 years before, which had healed both times. Comorbidities included peripheral sensory neuropathy and colon cancer. He was referred by his podiatrist for evaluation and management. On presentation, he had an infection and bone was present at the proximal portion of the ulcer with undermining. The diabetic ulcer measured 0.7 × 1.0 cm, with a depth of 0.3 cm. Tcpo2 measurement showed a baseline of 48 mm Hg, increased to 198 mm Hg during the oxygen challenge, which indicated potential for a good response to HBOT. Initially, the patient was placed on oral antibiotics. During the course of Hyperbaric Oxygen Therapy sessions, he underwent five debridements; local wound care included Silvasorb gel and pressure offloading.

This 70-year-old male with type 2 diabetes mellitus presented with a Wagner grade 3 diabetic ulcer of his right plantar great toe with cellulitis, after toe trauma caused by stepping on a nail that went through the sole of his shoe. He had a history of foot ulcers, necessitating amputation of the left second toe, as well as an ulcer on the right plantar foot. Comorbidities included hypertension, a mild stroke 21 years earlier, and arthritis. The patient exhibited sensory and motor neuropathy. He received both oral and I.V. antibiotics and a tetanus shot. Bone was exposed in the wound bed and X-rays confirmed osteomyelitis. Initially, the wound measured 0.5 cm × 0.4 cm, with a depth of 0.6 cm. During the course of Hyperbaric Oxygen Therapy treatments, he had three debridements and healed completely after 40 treatments.

This 50-year-old female was admitted with a Wagner grade 3 diabetic ulcer of the foot with abscess of the left foot, status post-incision and abscess drainage. A bone scan suggested osteomyelitis. Comorbidities included diabetes mellitus type 2, MRSA infection, and sensory and motor peripheral neuropathy. Her history included two episodes of diabetic ulcer on her foot, which healed. Before Hyperbaric Oxygen Therapy, her diabetic ulcer measured 3.4 cm × 1.7 cm, with a depth of 1.3 cm. Tcpo2 measurement showed a baseline of 40 mm Hg and a response to the oxygen challenge, demonstrating potential for healing with Hyperbaric Oxygen Therapy. She received I.V. antibiotics and had a total of six debridements during the course of HBOT treatments. After a series of 31 Hyperbaric Oxygen Therapy treatments, she progressed to healing.

Systematic Hyperbaric Oxygen Therapy can bring significant reductions in the number of amputations needed, decrease the wound area, and promote healing. It has been effective in healing diabetic ulcers of the foot by establishing adequate oxygen availability within the vascularized connective tissue compartment around the wound. It also improves local host immune response and helps resolve infection. As the incidence of diabetes increases, Hyperbaric Oxygen Therapy will become an increasingly important adjunctive treatment to provide optimum outcomes and local wound care for patients with diabetic ulcers.

North Shore Health and Hyperbarics is a Hyperbaric Oxygen Facility that offers wound care to its patients.

Applying regenerative medicine to a common shoulder surgery could have an impact on the need… [...]